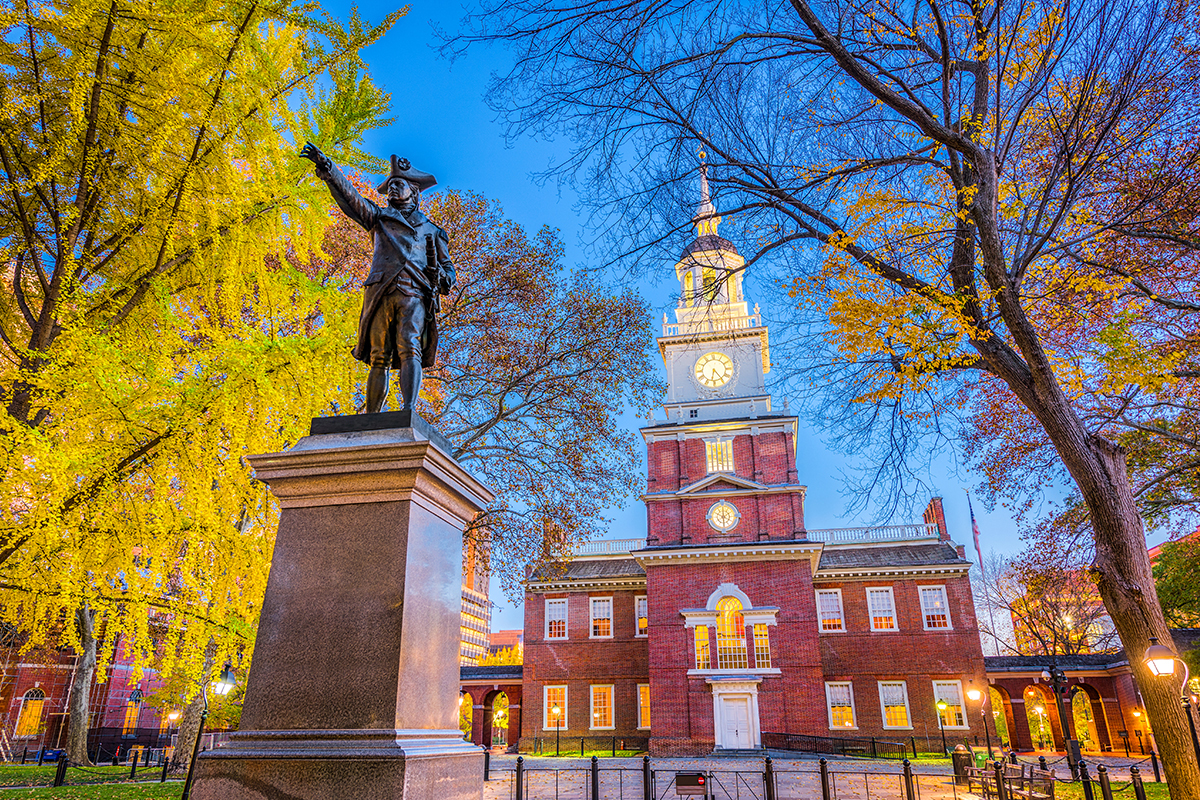 In fact, there are some places in Pennsylvania that are so devoted to the history of the state that they are still stuck in it. The Pennsylvania Dutch country has been around since the country’s beginnings, and the longer it’s been around the harder it is for people to accept its existence. What began as a religious haven for those of the Amish faith is now a huge tourist and reality show attraction, and a thought-provoking experience you won’t be likely to forget.

If your interest runs to the more patriotic, there are plenty of sites and monuments dedicated to the birth of the nation to be found in Pennsylvania. The Liberty Bell is an iconic symbol of freedom, “Proclaiming liberty throughout the land and all inhabitants thereof.” Military enthusiasts and battle buffs will be “blown away” by the Little Roundtop Battle Field, marking the Confederate defeat on the second day of the Battle of Gettysburg, and you will almost be able to hear Abraham Lincoln and Benjamin Franklin debating over the American Constitution at Independence Hall.

Philadelphia is Pennsylvania’s largest city, and the list of things to do there is may be as vast as the region itself. Visitors might want to start the day off with chocolate chip waffles at the Jones’ Restaurant and then exercise them off by running up the staircase “Rocky” style at the Pennsylvania Museum of Art. For lunch, the Reading Terminal Market is the place where you’ll find the hoagies and cheesesteaks for which the city is famous for. Of course, in a sports town like Philadelphia, you’ll need to make at least one stop to support one of Phillies beloved teams, and stock up on souvenirs. And be sure to save some room for a dinner at Distrito’s. You’ll come for the pink decor, you’ll stay for the food.

FAnother thing that Pennsylvania is known for is its wide variety of amusement parks. The Triple Tower at Hershey Park looks good enough to eat! Choose from the Hershey’s tower, the Reese’s Tower and the Kisses Tower, or just try all three. Also, make sure to step inside the factory and see where they make the real magic.

If you like parks that make a big splash, the Idlewild and Soak City were both named as Best Children’s Park by Amusement Today, and for the older children, the Hydro Ravers and Pipeline Plunge will surely satisfy your thirst for adventure.

And the last great thing to do in Pennsylvania? Walk! A study by Walk Score named Philadelphia the 5th best city to walk in with a 79 out of 100 rating. So bring some comfortable shoes, and Walk, America!

Our Lavelier stores are located in:

Philadelphia. Historic battles, chocolate chip waffles, and decadent food could do its nasty work on your skin, but take a trip to Lavelier and you’ll be returned to your refreshed glowing self. Our skincare specialists can advise you on Lavelier’s skincare collections, how to use our products, and the best products for your skin type.