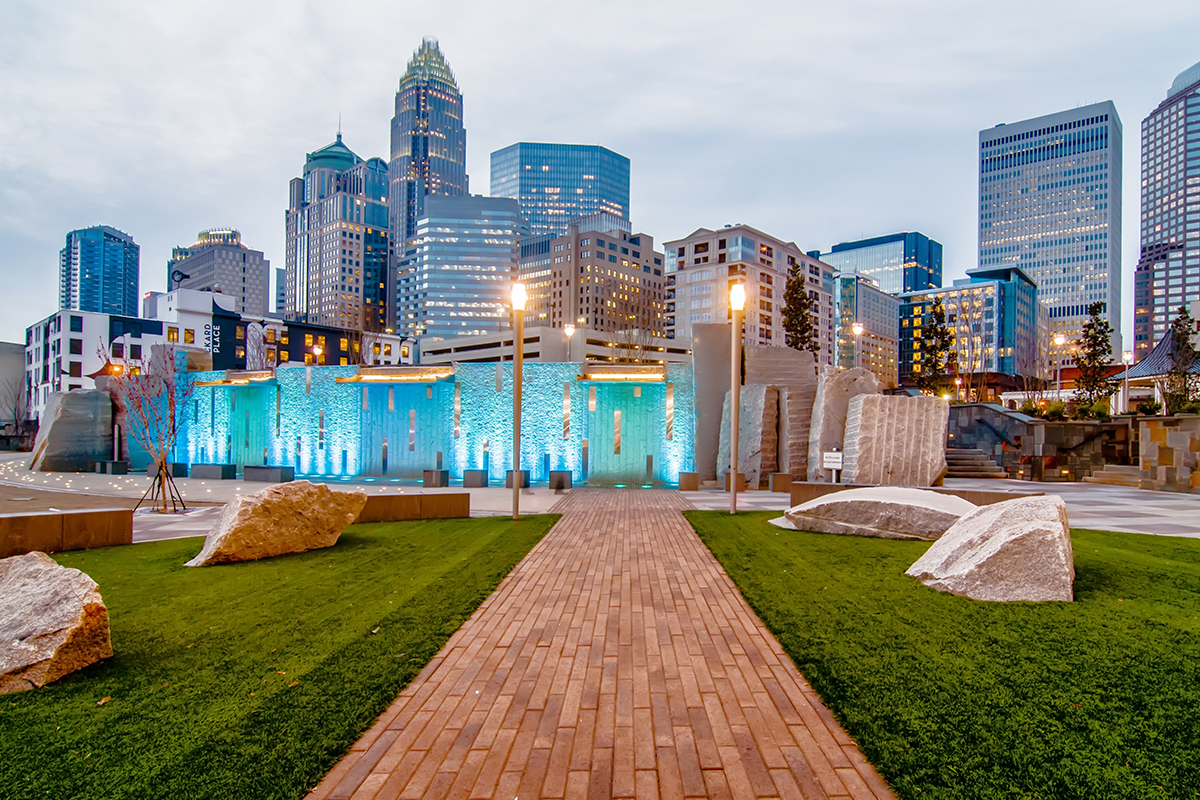 “Esse quam videri” or “to be rather than to seem” — that’s the state motto of North Carolina, and an appropriate one for a state that has been keeping it real ever since it became one of the 13 colonies. Fueled on tobacco and barbecued pork, raised on the rugged terrain, and the place where Babe Ruth hit his first run, it may be safe to say that there aren’t many states as steeped in Americana as North Carolina, or as loyal to the foundations of American tradition.

When it comes to popular destinations in North Carolina, Blue Ridge mountains are not only steeped, they’re steeped in culture as well. These wondrous mountains have been referenced in much of this country’s literature and music for years. However, while they may inspire the blues in musicians, it is the trees surrounding the mountains that give this grand range its blue appearance. The trees put the blue into the Blue Ridge by releasing a haze of isoprene into the air, creating the dusky azul that make the mountains appear majestic.

The quickest way to get in the circle in North Carolina is “The Circle” Atlantic Beach. This venue, located at the heart of what most would agree to be the most popular beach on the Crystal Coast, is the go-to for all things water, play, and fun. “The Circle” is also in close proximity to Ocean Pier. Lined with music venues, dining options, and plenty of shopping, you can keep playing until well after the sun goes down in Atlantic Beach.

Fort Macon Industrial Park is another favorite among visitors to the “Tar Heel State.” It’s the second most-visited park in the state, and home to one of the most remarkable Civil War Forts still intact today. That combined with opportunities for endless fishing, shelling, and exploring at the islands bordering the Beaufort Inlet make Fort Macon Industrial Park a most cherished part of North Carolinian culture. Try and set your visit to coincide with one of the yearly cannon firings; it’ll blow you away.

Our Lavelier store in North Carolina is located at:

1165 Main St, Blowing Rock, NC 28605. We take North Carolina’s motto seriously, which means that our products work as beautifully as they look. Once you’re finished shelling, fishing, and island-hopping out in the sun, you may want to come inside for a refreshing expert facial to return your skin to its natural glow, sans sun damage.